Local history buff and Grandview resident James Evans is the developer of the site on the northeast corner of Charles and Salsbury. He has negotiated a Heritage Revitalization Agreement with the City that enables him to retain the enormous 1907 Jeffs’ mansion, move it closer to the corner, and renovate it. He will also add market infill housing behind the mansion and along both Salsbury and Charles.

He has made some interesting discoveries while stripping the mansion down for its big move, including a hidden stained glass window, a five-panel pocket door, and, in the basement, some charred joists (indicating that there had at some point been a fire).

In this first photo, you can see the stripped-down mansion (photo taken today, December 16, 2011). The actual moving of the mansion will take place sometime in January. 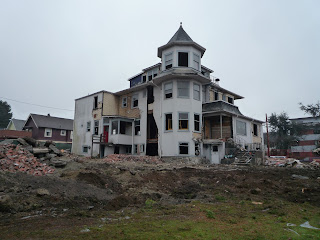 The original wood siding is being revealed under the stucco: 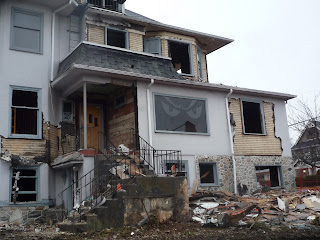 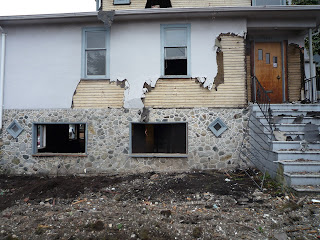 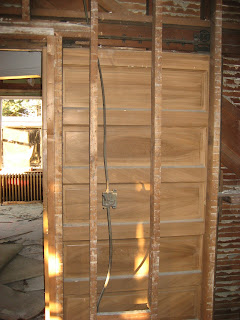 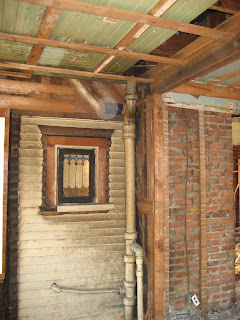 5 thoughts on “The Jeffs’ Residence at Charles and Salsbury”